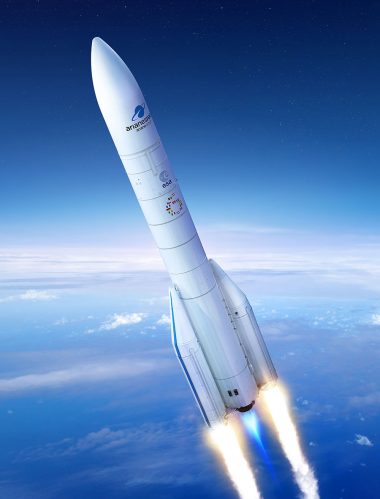 – ESA and EUSPA have confirmed that Arianespace will launch eight additional Galileo satellites.

– Arianespace will launch the first two satellites in 2022, leading to the Full Operational Capability of Galileo open service. Then, three successive launches on Ariane 62 in 2023, 2024 and 2025, will finalize the launch of the first generation of Galileo satellites and will increase the constellation resilience.

– These will be the 13th to 16th Galileo missions by Arianespace, which has orbited all satellites in the constellation.

The European Union Agency for the Space Programme (EUSPA) has chosen Arianespace to launch four new Galileo satellites for Europe’s own satellite navigation system. With this order, EUSPA takes over the role of placing launch services contracts for Galileo from ESA, which acted so far in the name and on behalf of the European Commission and will continue to be the technical authority for these launches.

This order follows European Space Agency’s (ESA) order for the launch of four satellites in October 2021, and will complete the deployment of first-generation Galileo satellites.

“I would like to thank ESA and EUSPA, along with the European Commission for continuing to entrust us with their satellites,” said Stéphane Israël, CEO of Arianespace. “We’re very proud to once again be helping EU deploy its own global navigation satellite system. This additional order to the service of Galileo once again confirms Arianespace’s assigned mission of ensuring reliable access to space for Europe.”

Each of the eight satellites under this order, built by OHB System AG in Bremen, Germany, will weigh less than 730 kg. They will join the 28 Galileo satellites already deployed to date, as well as the two to be orbited in early 2022 from the Guiana Space Center by Arianespace.