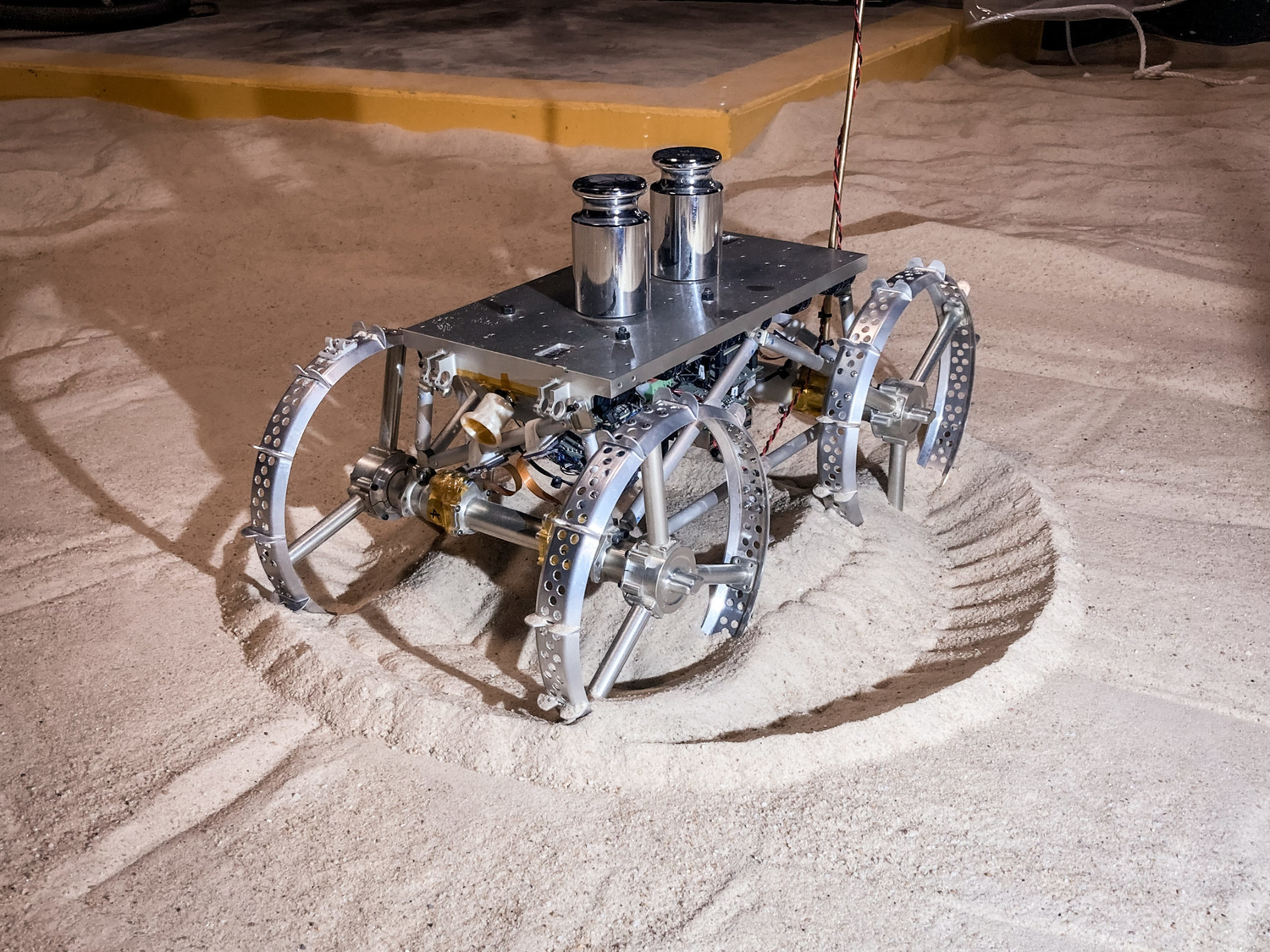 Astrobotic announced on November 9th a new Lunar Regolith Lab is open at its headquarters in Pittsburgh, Pennsylvania. This test facility is one of only a handful in the United States filled with industry-standard GRC-1 “regolith simulant”, or granules, designed to mimic the lunar surface. Filled with more than 42,000 pounds of this mechanical equivalent of lunar terrain, the lab is used to replicate some of the most difficult driving conditions a rover could encounter on the Moon.

This new lab enables in-house testing for its team and partners to verify lunar rover performance. Most recently, it has been used to test Astrobotic’s CubeRover for seven NASA contracts and two upcoming flight opportunities. Early next year, Astrobotic will deliver its second CubeRover to NASA after rigorous mobility testing in its simulant lab, thermal vacuum chamber, vibration table, and other offsite test facilities.

Hellenic Technology of Robotics (HTR), a producer of autonomous and tele-presence-based robotics platforms, is the first company to take full advantage of Astrobotic’s Lunar Regolith Lab by testing a set of small and large compliant wheels designed to be extremely lightweight and provide superior tractive performance. Astrobotic has partnered with HTR to develop space-grade wheels for its CubeRover, a lightweight lunar rover product line developed to transport payloads (cargo) on the lunar surface.

“The wheels HTR provided perform better than any wheels we have tested to date. We’re excited to unveil this new facility to test innovative technologies like those that HTR produces,” says Troy Arbuckle, Lead Mechanical Engineer for Planetary Mobility at Astrobotic.

The next step in the joint test campaign is to run the wheels for several consecutive days in the lab to better understand performance degradation impacts on the wheel for long duration missions.

“The CubeRover is already equipped to transport customer payloads several kilometers on the Moon, so it’s important that any new wheels we consider are designed to take us there,” say Mike Provenzano, Astrobotic’s Director of Planetary Mobility.