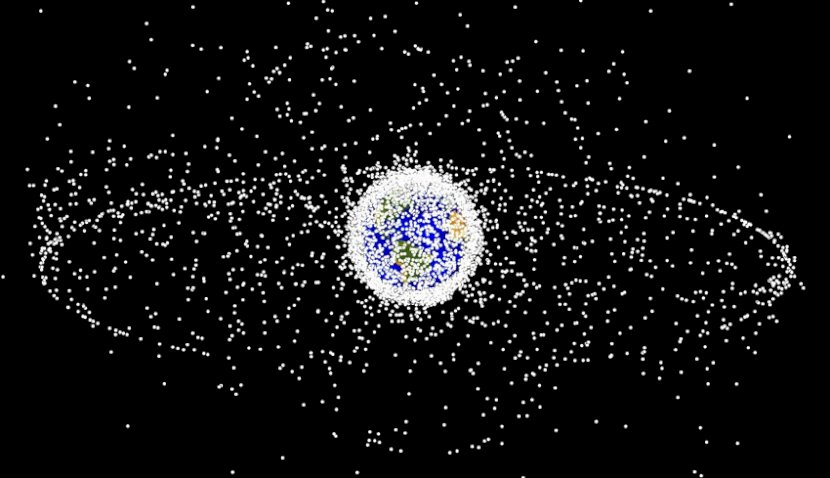 A piece of debris the size of a pea can critically damage a satellite. Indeed, debris this small has damaged the International Space Station.

But Russia is not the only culprit.

In 2007, China was the first nation to successfully conduct a direct-ascent anti-satellite missile test. In 2008 the US demonstrated the same capability, though at a lower altitude and creating less debris. And in 2019, India surprised the world with what it proudly declared to be a successful test.

Debris from all these tests is still in orbit. However, the Indian and Russian tests have led to the greatest concern for an emerging space arms race, because these nations openly declared they were testing weapons.

I was part of a team of experts who wrote an open letter last year, signed by space leaders around the world, petitioning the United Nations to ban such destructive, debris-creating tests. The risk posed by these tests is very real, and the potential for a conflict extending into space would be catastrophic for all of us.

Satellites are integral to our day-to-day lives in ways many of us don’t realise: personal tools, such as Google Maps navigation; daily communications; critical services, such as civil aviation and weather forecasting; military tasks such as GPS weapons guidance and secure communications. All depend on satellites.

Many space-based services (and individual satellites) serve both civilian and military purposes. If these services or satellites were to be attacked, we would all feel the impact.

The risk of attack, or at least interference, is not hypothetical.

The military depends on space-based technologies for strategic and tactical decision-making, intelligence gathering, weapons deployment, and navigation. If one party wants to compromise their adversary’s ability to see, hear and move, targeting space systems is a very effective way to do it.

To take one example, both Russia and Ukraine rely on data from commercial Earth observation satellites in the current conflict. The companies providing that data might become targets, which may then impact civil users.

There is little international law to limit the weaponisation of space. The 1967 Outer Space Treaty bans nuclear weapons in orbit and prohibits the future establishment of military bases on the moon.

As discussed in a book I edited on the subject, the treaty also determines international law applies in space. This includes the laws of armed conflict, which impose some limits on the weaponisation of space. But further attempts at arms control in space have been stymied by consensus decision-making at the UN and by geopolitics.

China and Russia have for years promoted a Treaty on the Prevention of the Placement of Weapons in Outer Space, but the US and its allies have refused to engage in this. The US has consistently refused to be bound by any new space treaty, even blocking a UN proposal to develop a space arms control treaty.

The creation of a US Space Force in 2019 was in some ways destabilising, since Russia and China saw it as a threat and have since increased their own space military programs.

In an attempt to establish a consensus about space security, the UN General Assembly adopted a resolution in October 2020 to draw up a list of rules and principles about responsible behaviours to reduce threats in space.

Twenty-nine countries, including Australia, submitted statements. Committing “not to undertake activities that deliberately or foreseeably create long-lived debris” was among them.

An opportunity for Australia

Just last month, Australia established a Space Command in our armed forces, as have Canada, France, Germany, Japan and the United Kingdom.

This was accompanied by Australia’s first Defence Space Strategy and a public “Space Power eManual”, outlining the main lines of effort in advancing our defence capabilities in space.

We have arrived at an opportune moment for Australia to assert itself as a pro-active nation in securing space, and to put our new Space Command on the map.

Australia should join the US in stating we will never conduct destructive, direct ascent anti-satellite missile tests, and in encouraging other nations to make the same commitment. We have no capability to conduct such tests, nor any stake in developing them, so the statement carries no risk.

Such a statement would clarify some of the less nuanced messages that have recently appeared in the media. These include the suggestion we will one day need an armed Space Force, or we are developing kinetic capabilities to counter China in space. Neither suggestion is desirable, nor accurate.

And it is a statement that could win us international kudos, showing Space Command can be an effective diplomatic vehicle as well as a key strategic organisation within our defence forces.