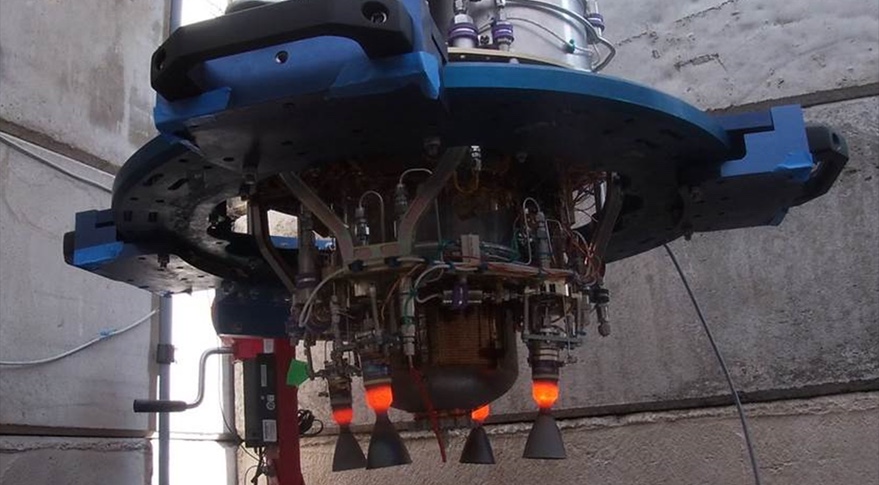 The propulsive OTV is fueled and awaiting g integration with a Falcon 9 rocket set for launch on SpaceX Transporter 3, no earlier than January from Cape Canaveral. Spaceflight’s historic SXRS-6 mission is set to deliver 13 payloads on its first multi-destination rideshare mission.

Benchmark’s Halcyon High-test peroxide (HTP)-based monopropellant system has successfully performed recent mission-critical maneuvers and will continue to drive government and commercial missions across three satellites as part of the Halcyon heritage campaign that reached orbit on Transporter 2. The Halcyon Avant system utilizes many common components from its monopropellant predecessor, with the added benefit of a post-catalyst fuel-injection feature that provides nearly 100% performance improvement.

“Benchmark’s innovative high-thrust system will play an important role in our first multi-destination rideshare mission,” said Phil Bracken, Spaceflight’s VP of Engineering. “We intentionally designed our Sherpa program to be modular so we could utilize best-of-class propulsion systems to meet our customers’ specific launch needs. Our partners play an important role in helping us get our customers exactly where they need to be so they can achieve their mission objectives.”

“The collaborative partnership between Spaceflight and Benchmark played a big part in the effective co-development of our first OTV-specific system, poised to deliver on the evolving needs of the Sherpa-LTC product family,” said Ryan McDevitt, Benchmark Space Systems CEO. “Benchmark’s innovative bipropellant system and Spaceflight’s spacecraft design and operational depth and experience capable of delivering Sherpa payloads on orbit with unmatched speed and precision. We are thrilled with the successful hot fire tests and engine integration aboard the first Sherpa-LTC, as we ready for a historic rideshare that opens the door to more access to space.”

The Benchmark team is already working on the second Sherpa LTC propulsion system scheduled for a Q2 delivery to Spaceflight, as well as smaller scaled Halcyon Avant systems for commercial and government microsat missions, representing several system configurations that are scheduled to be in space before 2022 ends.

In its fifth year, Benchmark Space Systems is projecting 4X YoY revenue growth, expanding its product and service offerings, and scaling production capacity to meet demand and lead exciting new opportunities in space. The company is developing and delivering groundbreaking solutions that will not only support sustainability of LEO,

GEO and beyond, but maximize the value of on-orbit assets through extended revenue generation and added capabilities.