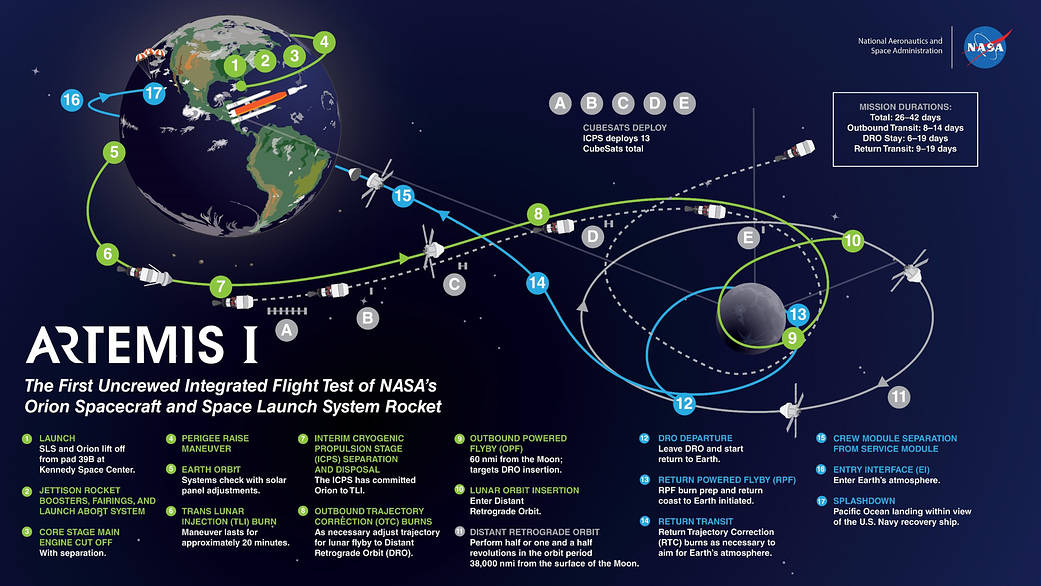 by National Aeronautics and Space Administration
51 51 people viewed this event.

Artemis I will be the first integrated flight test of NASA’s deep space exploration system: the Orion spacecraft, Space Launch System (SLS) rocket and the ground systems at Kennedy Space Center in Cape Canaveral, Florida. The first in a series of increasingly complex missions, Artemis I will be an uncrewed flight that will provide a foundation for human deep space exploration, and demonstrate our commitment and capability to extend human existence to the Moon and beyond. During this flight, the uncrewed Orion spacecraft will launch on the most powerful rocket in the world and travel thousands of miles beyond the Moon, farther than any spacecraft built for humans has ever flown, over the course of about a three-week mission.

To register for this event please visit the following URL: https://www.nasa.gov/artemis-1 →

The National Aeronautics and Space Administration is America’s civil space program and the global leader in space exploration. The agency has a diverse workforce of just under 18,000 civil servants, and works with many more U.S. contractors, academia, and international and commercial partners to explore, discover, and expand knowledge for the benefit of humanity. With an annual budget of $23.2 billion in Fiscal Year 2021, which is less than 0.5% of the overall U.S. federal budget, NASA supports more than 312,000 jobs across the United States, generating more than $64.3 billion in total economic output (Fiscal Year 2019).