Everything you need to know about presenting space science – 7th February 2020 – Sydney, Australia 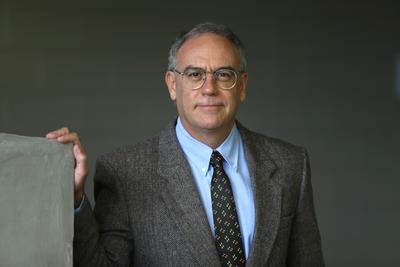 The course will teach the essential skills and strategies needed to present space science and technology research to a wide range of audiences.

The one-day workshop starts at 9am and concludes at 5pm.

​Among other things, the course will cover fundamental principles of giving speeches, conference presentations and Ted talks, thus equipping budding space science communicators with the confidence and media savvy required to project messages clearly and simply.

Hands-on training will be provided in delivering talks and preparing PowerPoint slides and illustrative material for many outlets, including in-house, local and international presentations and the digital media.

Participants completing the course will acquire valuable skills, including those needed to give after-dinner talks about space science and technology to experts and laypeople alike.

Worked examples, reference materials and background notes will be provided.

+ Talking about space science and technology (Personal training in the delivery of entertaining and informative talks about your work; includes PowerPoint advice and the review of a mock talk)

+ The space science interview (Twenty simple rules to follow when preparing for all interviews; plus useful techniques for calming frayed nerves)

+ On or off? (When to ask interviewees to speak on or off the record during challenging interviews)

Peter Spinks holds a master’s degree in research psychology and has published articles in international academic journals. Since 1980, he has broadcast and written for some of the world’s foremost media organisations, including the British Broadcasting Corporation, The Guardian and The Observer newspapers and New Scientist magazine in London.

Peter has been a staff journalist at The Age newspaper in Australia since 1996. A selection of his reviews, special reports and articles, including video segment “Science Matters”, static and interactive graphics and picture galleries, can be found at: https://www.theage.com.au/by/peter-spinks-hve9g

He has also presented a public science series, which evolved through reader interest in the “big questions” raised in his articles and video presentations. The series has taken the form of live events in which a panel of experts addresses an audience of invited guests on key issues, such as the origin of life and the search for ET. The events have been filmed – sometimes live-streamed – and then broadcast as a series on platforms across Australia.

Peter has delivered successful science-communication workshops to universities and research organisations around Australia. These include the Royal Melbourne Institute Technology and the Australian Universities Quality Agency in Melbourne, the Bureaus of Meteorology in Sydney and Melbourne, the Co-operative Research Centre for Tropical Savannas at the Northern Territory University and the Environmental Research Institute for the Supervising Scientist in Darwin, the University of Western Australia and the Department of Conservation and Land Management in Perth, Central Queensland University and Connell Wagner in Rockhampton, the Mars Society Australia in South Australia, the Graduate Researchers in Psychological Sciences at Melbourne University, the Royal Society of Victoria, the Sydney Institute for Astronomy at the University of Sydney, the Queensland Writers Centre in Queensland, the UWA Oceans Institute in Perth, the Nyamba Buru Yawuru in Broome, the ARC Training Centre for CubeSats, UAVs and Their Applications at Sydney University, the EarthByte Group, Basin Genesis Hub, at Sydney University and the Centre for Translational Data Science at Sydney University and Monash University in Melbourne.

For comprehensive feedback from participants at some of these workshops, please click here. (Referees are listed here.)

Peter wrote the science journalism chapter for an international textbook, Science Communication in Theory and Practice (Kluwer Academic Publishers, 2001). Wizards of Oz, his book about breakthroughs by Australian scientists, has been twice the No.1 bestseller on New Scientist’s list of top-selling science books.