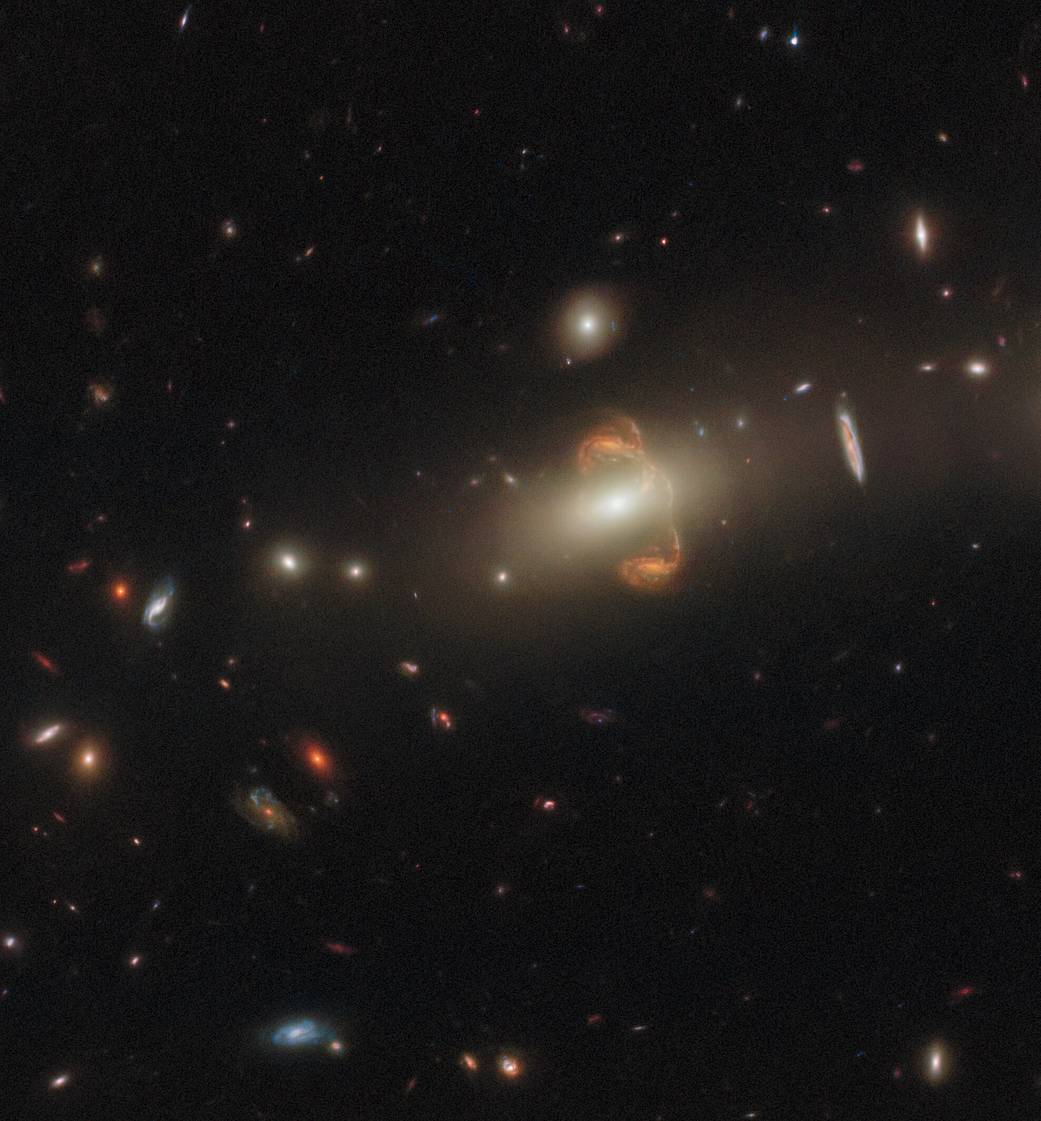 This intriguing observation from the NASA/ESA Hubble Space Telescope shows a gravitationally lensed galaxy with the long-winded identification SGAS J143845+145407. Gravitational lensing has resulted in a mirror image of the galaxy near the center of this image, creating a captivating centerpiece. A third distorted image of the galaxy appears as a bridge between them.

Gravitational lensing occurs when the mass of an enormous celestial body – such as a galaxy cluster – curves spacetime and causes the path of light from distant objects to visibly bend around it, as if by a lens. Appropriately, the body causing the light to curve is called a gravitational lens, and the distorted background object is referred to as being “lensed.” Gravitational lensing can result in multiple images of the original galaxy, as seen in this image, or in the background object appearing as a distorted arc or even a ring. Another important consequence of this lensing distortion is magnification, allowing astronomers to observe objects that would otherwise be too far away or be too faint to see.

Hubble has a special flair for detecting lensed galaxies. The telescope’s sensitivity and crystal-clear vision let it see faint and distant gravitational lenses that ground-based telescopes cannot detect because of the blurring effect of Earth’s atmosphere. Hubble was the first telescope to resolve details within lensed images of galaxies and is capable of imaging both their shape and internal structure.

This particular lensed galaxy is from a set of Hubble observations that take advantage of gravitational lensing to peer inside galaxies in the early universe. The lensing reveals details that allow astronomers to better understand star formation in early galaxies, which gives scientists insight into how the overall evolution of galaxies unfolded.