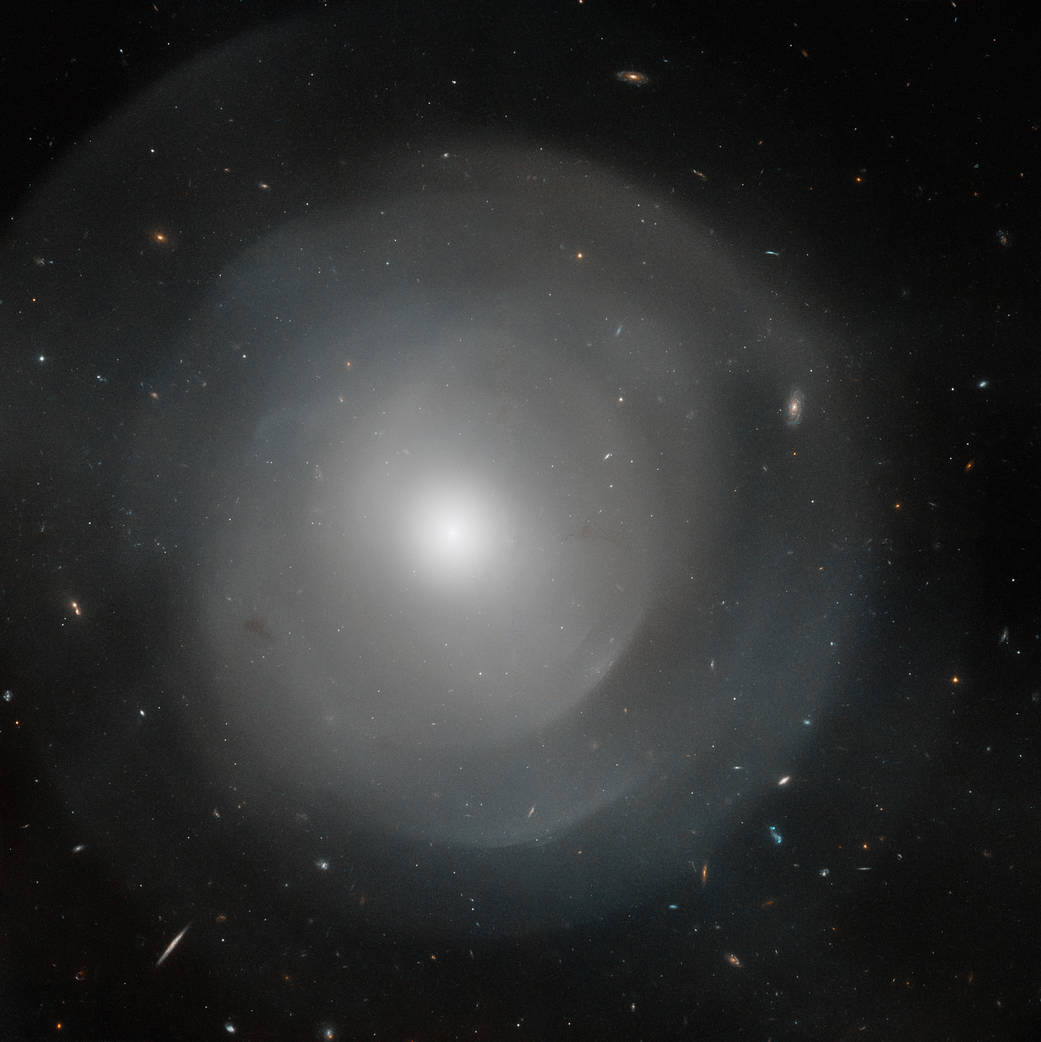 This new NASA Hubble Space Telescope image captures the central region of the gigantic elliptical galaxy NGC 474. Located some 100 million light-years from Earth, NGC 474 spans about 250,000 light-years across – that’s 2.5 times larger than our own Milky Way galaxy! Along with its enormous size, NGC 474 has a series of complex layered shells that surround its spherical-shaped core. The cause of these shells is unknown, but astronomers theorize that they may be the aftereffects of the giant galaxy absorbing one or more smaller galaxies. In the same way a pebble creates ripples on a pond when dropped into the water, the absorbed galaxy creates waves that form the shells.