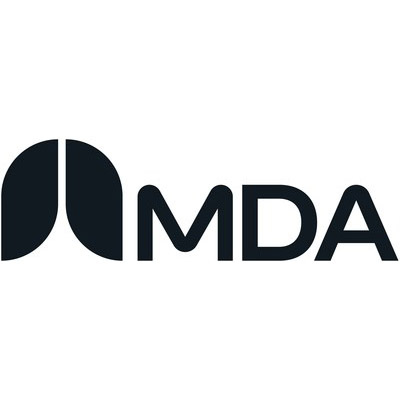 WE’LL TAKE YOU THERE

For those who dream of advancing our space in the Universe and on Earth, we’ll take you there.

MDA is an international space mission partner and robotics & space operations, satellite systems and Geointelligence pioneer with a 50-year story of firsts on and above the Earth. Today, we’re leading the charge towards viable Moon colonies, enhanced Earth observation, communication in a hyper-connected world, and more.

We’re fueled by a pioneering spirit that carries us beyond. And together we enable highly skilled people to continually push boundaries and tackle big challenges requiring solutions that endure and inspire.

For more than four decades, human spaceflight has been supported by advanced robotics developed by MDA.  We have combined complex robotics with control software to develop the Space Shuttle’s mission critical, robotic arms and the Mobile Servicing System (MSS) for the International Space Station (ISS). Today, MDA is developing sophisticated systems for new projects such as an artificial intelligence-enabled robotic system to assemble and maintain a lunar staging outpost orbiting the moon enabling future exploration missions, human lunar landings, missions to explore Mars and on-orbit servicing of satellites.

Are you ready to launch the next stage of your career in the new space economy? We would love to hear from you!

We’re on the hunt for a Mission Systems Engineer on our Robotics & Space Operations team at our Houston, TX office. As a Mission Systems Engineer you will support on-going robotic operations on the International Space Station. Providing real-time engineering flight support as well as supporting the development of Gateway External Robotics System (GERS).  This is a diverse role that will have you working with key stakeholders – while participating in a number of ISS & Lunar Gateway forums, panels, working groups and boards onsite at Johnson Space Center: