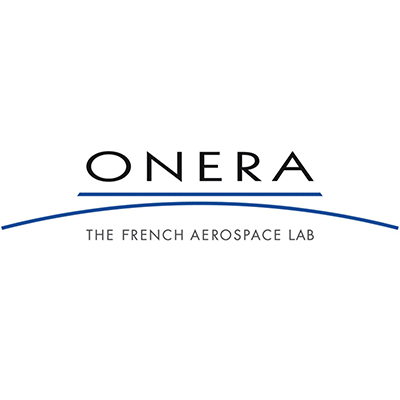 Presentation of the PhD project

Since 1957 and the orbital performance of the satellite Spoutnik-1, the human activity in space has generated a growing number of space debris. In the last forty years, 16 000 tons of space debris have performed a terrestrial atmospheric re-entry. Between 10 and 40% of the reentering mass is estimated to have reached Earth, representing a potential threat to ground safety. The total casualty area forecasting becomes a major issue for all space actors and especially for CNES, which is in charge of ensuring the strict application of the French Space Operation Law (LOS) by 2021, for French satellite- and launcher-operators and for launch operations from French Guyana spaceport. The ground risk estimation is linked to a significant increase of the understanding and modelling of the physical phenomena encountered during the atmospheric entry.

The atmospheric entry is a strongly multi-physics and multidisciplinary field involving aerodynamics, aerothermodynamics, flight mechanics, heat transfers, structural mechanics, with strong interactions between these fields. The material degradation depends on the wall heat flux which is itself linked to aerothermodynamic entry conditions and fluid-structure interactions (outgassing, wall catalysis, oxidation, etc.). There is a strong interaction between the physical phenomena occurring in the flow and inside the material. For several years, ONERA has been developing 3D numerical simulation tools for fluid dynamics (CEDRE/CHARME) and thermal degradation of materials (MoDeTheC). These developments as well as their validations rely on experimental results from ONERA internal projects or literature. However, “high-fidelity” simulations of atmospheric entry of space debris along their trajectories cannot be performed with the current numerical models due to expensive CPU costs. For this reason, ONERA has been developing surrogate models as well, from database built thanks to numerical simulations obtained with the aforementioned “high-fidelity” softwares. These surrogate models are implemented in the ONERA software ARES (Atmospheric Re-Entry Software) allowing to simulate the whole atmospheric entry of space debris. This tool integrates several solvers: FAST for aerodynamics and aerothermodynamics, MUSIC for the flight mechanics, AtMoS for the atmosphere modelling and MoDeTheC for the thermal degradation of metallic and composites materials. A similar tool, named PAMPERO, is developed by CNES. All the models developed by ONERA in the frame of CNES-ONERA projects are simultaneously implemented in PAMPERO and ARES. While the simulation of the atmospheric entry is possible, some major physical phenomena are not taken into account, or only partially, whereas they are important to predict the ground risk associated to space debris entry.

In this context, the objective of this thesis is to model the fluid-structure physical phenomena playing a major role in the thermochemical degradation of space debris during the atmospheric entry.

The material thermal degradation will induce a modification of the wall convective-diffusive heat flux received due to geometrical modifications and action of local physical phenomena. According to the material, one can observe:

Firstly, the PhD student should model and simulate (CEDRE-MoDeTheC) the main fluid-structure physical phenomena. A particular attention will be given to the effect of the outgassing on the convective-diffusive heat flux in case of turbulent boundary layer.

Secondly, numerical approach (CEDRE-MoDeTheC) will be validated by comparison with experimental data from literature.

Thirdly, surrogate models allowing to take into account the blowing effect on the wall heat flux distribution will be developed. To do that, a numerical database composed of results of CFD CEDRE-MoDeTheC simulations will be performed. So, models could be developed thanks to machine learning technics. These surrogate models will then be implemented in the ONERA atmospheric entry code ARES and applied to space debris atmospheric entry case in collaboration with CNES.

Thus, a complete space debris atmospheric entry scenario taking into account pyrolysis, oxidation, nitridation and sublimation with moving mesh method will be done. Objective will be to determine the influence of a maximum number of fluid-structure phenomena on the debris degradation and thus on the ground risk estimation.

Applicants must be eligible to enroll on a PhD program at ISAE-Supaéro (school issuing the doctoral diploma), a significant research experience during the master’s studies is required

Interested candidates are invited to submit the following documents:

You will be employed by ONERA (Toulouse Center) for 36 months.