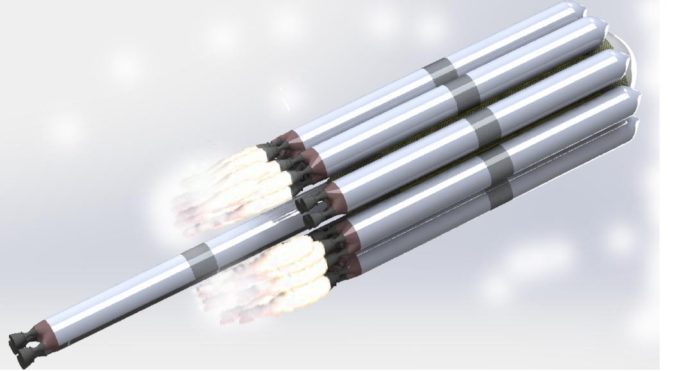 It has been the subject of many discussions about how effective can be the work done by a newSpace Startup with respect to large Aerospace Companies. The topic is not trivial as it directly reflects on price and cost for taxpayer’s money.

Having worked at the beginning of my career in large Aerospace companies and then, later on having founded my own newSpace company SHIPinSPACE, I can argue with confidence and competence about the difference in terms of work time it takes to carry out a complex Space project such a Launcher for a Moon mission.

Obviously the following method can be applied only if the designer has enough skills in terms of systems knowledge and experience to proceed swiftly where young Engineers simply can’t.

The following example is about our LBL or Lunar Base Launcher, the perfect Launcher suitable to send cargo to the Moon and to set basic infrastructures for a Moon colony, a major objective of NASA and ESA by 2030.

Its new architecture is based on a single booster used 11 times for 3 stages of the Launcher, 8 out of which are reusable (1st stage). A powered 4th stage will then descent to the Moon surface (without needing any Lunar gateway) to deliver over 60 Tons of cargo, the highest payload capacity ever for a Moon mission. With its 12 m diameter Fairing, the LBL is capable to send one (whole) large parabolic antenna, 3 heavy trucks side by side and still can have enough capacity to bring other 20 tons of material/equipment to the Moon surface in one single mission. No other Launcher is capable to do the same.

The main requirement for the cargo payload is to be hosted inside the 4th stage thin CFRP jacket by inflating a set of airbags that will keep stable the variegate sized payload boxes in the same way it is held inside a shipping container. This provides the lowest cost for the payload and the Launcher module.

It would likely take a couple years’ time for a large company to decide about a Moon Launcher architecture based on the payload mass and mission requirements and to provide a preliminary design. A budget of £10m would likely be short to accomplish a certain number of trade-offs needed to decide upon stages configuration, mechanical I/F’s, mass budget, sizing, structure, engines, systems accommodation, supplier’s selection, risk assessment. This process normally discards at the very beginning ideas that are not common to past validated hardware and standard configuration. What is sold to the Customer (ESA or NASA) is never the best Launcher from a technical viewpoint but for the company’s convenience viewpoint. I lived enough about the Columbus, Node and ATV program design of the ISS to know that.

A startup like SiS has instead inevitably started conceiving the best idea to reduce development costs, a necessity if the outcome is to be funded privately with i.e. VC funding and not by Agencies like NASA or ESA. However, reducing costs to the maximum extent without loosing in performance and reliability is not an easy exercise and requires the best brainstorming capability by a few expert Engineers.

An expert Engineer doesn’t start designing to reach the requested performance but he focuses first on the architectural configuration capable to reach the objective, then he starts designing the parts according to well-known design parameters such as tanks pressure, volume, load factors. Basic loads and stress calculations are made manually at this stage and sizing of the parts is made accordingly. Parts sections, materials, and design are accomplished on the basic Aerospace principle to get the highest rigidity for the same mass. Mechanical I/Fs for parts integration are decided to maximize manufacturing tolerances, always to reduce costs. Holes for attachments/linkages of structural parts can be omitted at this stage but a decision whether to use bolted flanges, riveted ore welded parts is already taken into account. This can change in the future but anything designed can be manufactured and operate effectively.

In the following a set of pictures that demonstrate how it is possible to design at a Phase A/B level fundamental parts of the LBL Launcher in a matter of weeks by a single designer are shown. 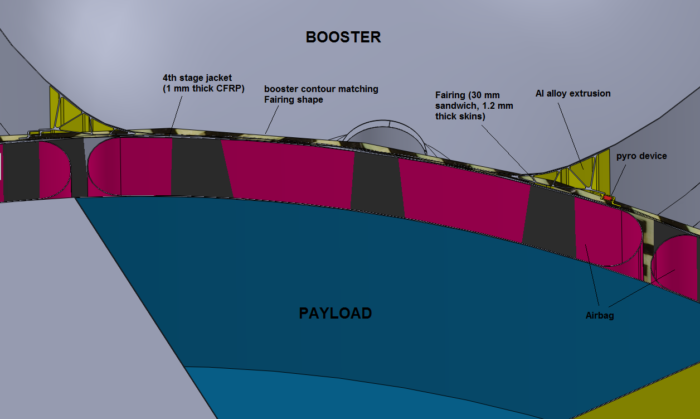 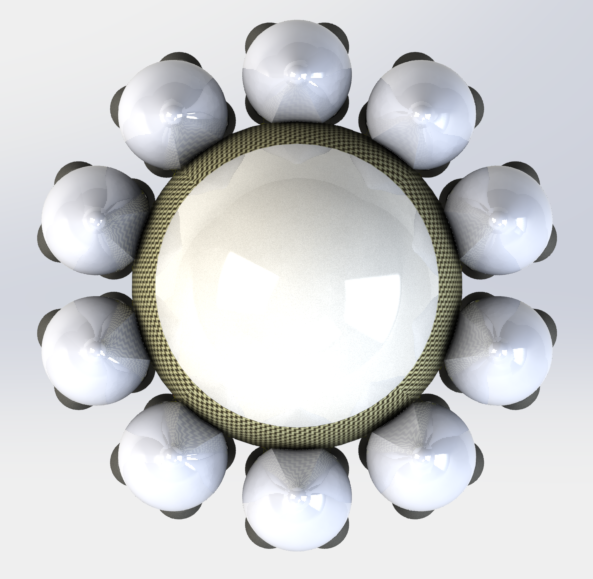 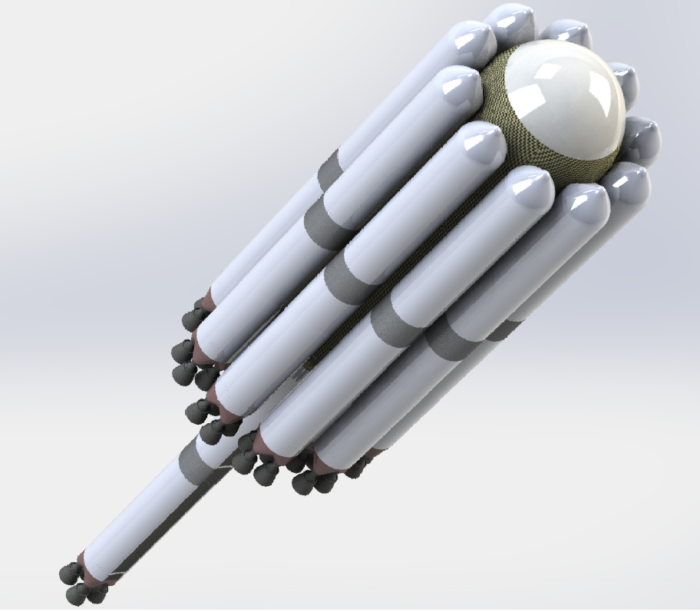 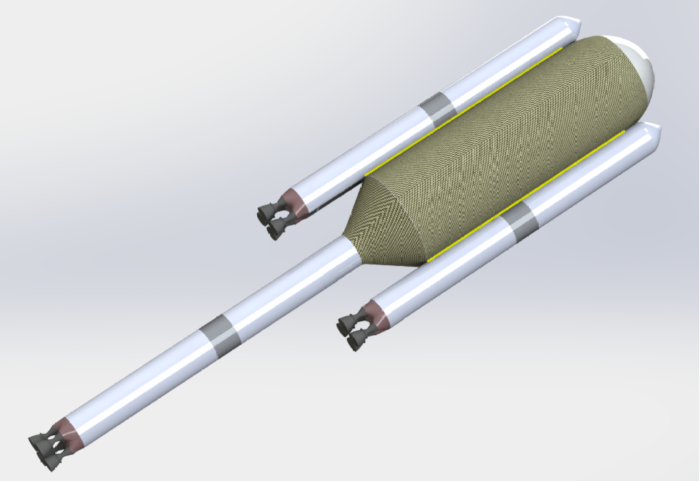 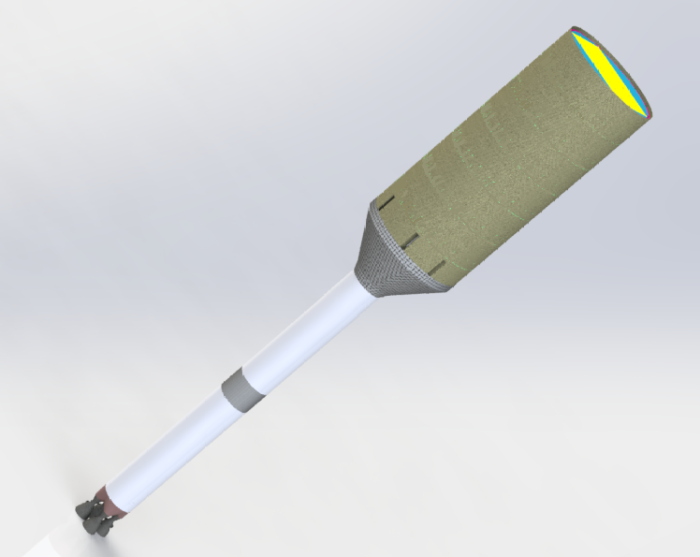 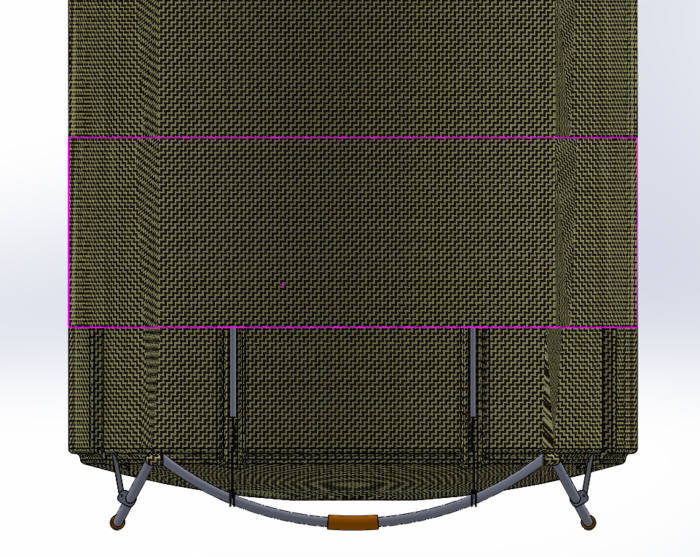 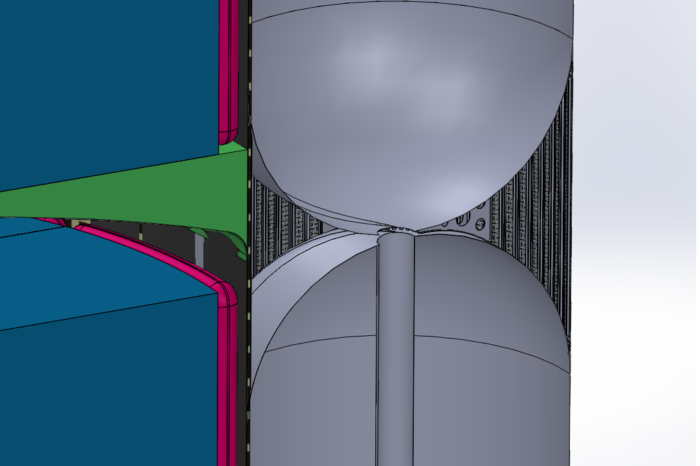 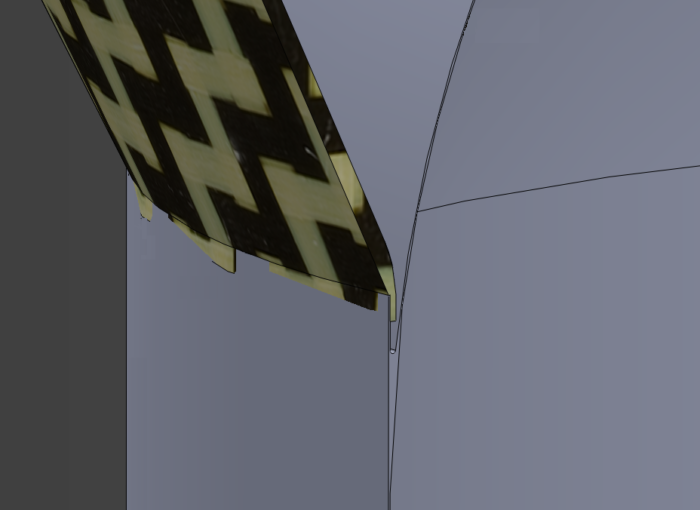 After the preliminary design is accomplished it is possible to verify with FEM analysis the characteristics of the design and improve it if necessary. An experienced Engineer normally doesn’t need more than a couple of runs to arrive at a suitable performance. Once the overall geometry is determined it is then possible to add the other systems, secondary structure to reach a more mature design.

The result is a design that will bring at a specific Launcher performance that will be compared with the initial one set as a requirement. If the FEM analysis predicts a high margin of safety some parts thicknesses are reduced but never at a level to much increase manufacturing costs and never to reduce reliability. If FEM predicts a poor performance in some aspects, parts design is revised to reach a minimum acceptable target.

In the end, the final result in terms of performance is certainly better than a process result of the compromise of many departments’ decisions as typical of large companies. And the labor time spent is a fraction of what is needed in a large company, no doubt about that.