NASA to Discuss, Conduct Test to Prepare for Artemis I Moon Mission 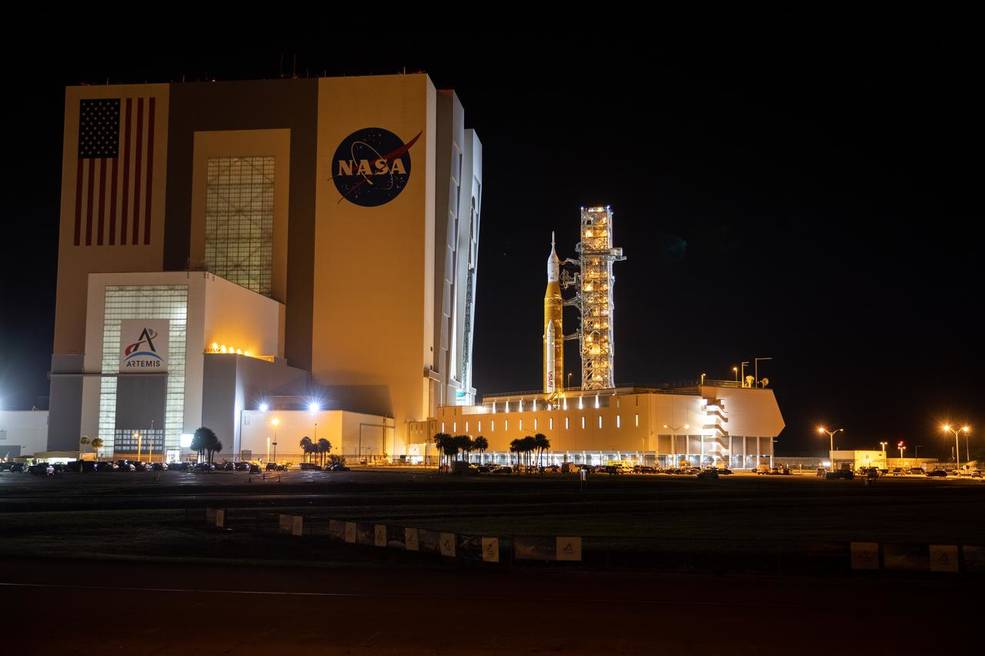 NASA is targeting Saturday, June 18, for the beginning of the next wet dress rehearsal test of the agency’s Space Launch System (SLS) rocket and Orion spacecraft at the Kennedy Space Center in Florida with tanking operations on Monday, June 20.

During the test, the launch teams will rehearse operations to load propellant into the rocket’s tanks, conduct a full launch countdown, demonstrate the ability to recycle the countdown clock, and drain the tanks to give them an opportunity to practice the timelines and procedures they will use for launch.

NASA will provide live coverage of the test on NASA Television media channel, as well as host media calls before and after the wet dress rehearsal test with audio streaming live on the agency’s website.

NASA’s Artemis I Moon rocket returned to the spaceport’s launch pad 39B Monday, June 6, after an eight-hour journey from the Vehicle Assembly Building. Teams are working to secure the SLS rocket and Orion spacecraft and connect the ground systems to the mobile launcher at the pad in preparation of the upcoming tanking test.

The rehearsal is the final test needed before launch and will begin at 5 p.m. EDT Saturday, June 18 with “call to stations,” when members of the launch control team will arrive at their consoles to start the approximately two-day countdown. On Monday, June 20, the launch director and mission management team chair decide at approximately 7 a.m. if they are “go” or “no-go” to begin tanking the rocket. The team will count down to a targeted two-hour test window that opens at 2:40 p.m. During the test, the team may hold during the countdown as necessary to verify conditions before resuming the countdown, or extend beyond the test window, if needed and resources allow.

Through Artemis missions, NASA will land the first woman and the first person of color on the Moon, paving the way for a long-term lunar presence and serving as a steppingstone to send astronauts to Mars.