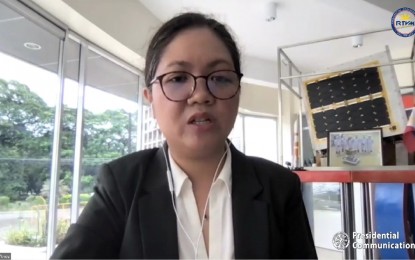 MANILA – An official of the Philippine Space Agency (PhilSA) on Wednesday pointed out the importance of building the country’s own satellites, even if other countries could share data from their satellites.

“We use satellites to gather data that are valuable in decision-making. Not having the ability to make it would pose risk, like our (foreign partners) could stop giving us access (to data) anytime),” PhilSA Deputy Director General Gay Jane Perez said in a virtual presser.

She also noted that stopping the development of a satellite would make it harder for PhilSA to go back and start from scratch.

“Our efforts in building satellites continue. The latest project initially funded by the DOST (Department of Science and Technology) will be built for earth observation, This is distinguished from previous efforts on building Diwata (microsatellite) and Maya (nanosatellite), which is based in an academic environment. This time, it will be built in an industry setting. The focus is operational data products to provide services to its end-users,” she said.

This will be called, MULA (Multispectral Unit for Land Assessment) satellite, which PhilSA targets to deploy in a few years. Compared to Diwata-2, MULA will be twice as heavy and bigger, with more payloads added, and more spectral bands, capable of more image applications and satellite products.

MULA, Perez said, will stay longer in outer space and take more images, with its added jet propulsion system, a feature that Diwata-2 does not have.

With this continuity, we can further develop more products intended for many applications like tackling important sectors such as national security, food security, disaster management and marine applications, she said.

“We’ve been developing plans to come up with proactive approaches in dealing with these issues on hazards, water quality, marine resources sustainability, and mitigating climate impacts to our vegetation,” said Perez.

The official added that through MULA, they could harness the advanced technology to mitigate these challenges in one satellite with more frequent and wider coverage.

Perez also said that the investment cost for MULA is USD34 million, but is expected to have USD280 million investment gains within the satellite’s five-year lifetime.

This low earth orbit satellite can go around the globe 10 times daily, which will add opportunities to market data, or as a means to leverage collaboration with other nations, she continued.

Meanwhile, Perez said PhilSA gears its efforts on capacitating local engineers to be able to develop and operate the country’s own satellites tailored to the country’s needs.

The Filipino engineers involved in the development of MULA will return to the Philippines this August after an immersion in the United Kingdom for the design and manufacturing process. (PNA)