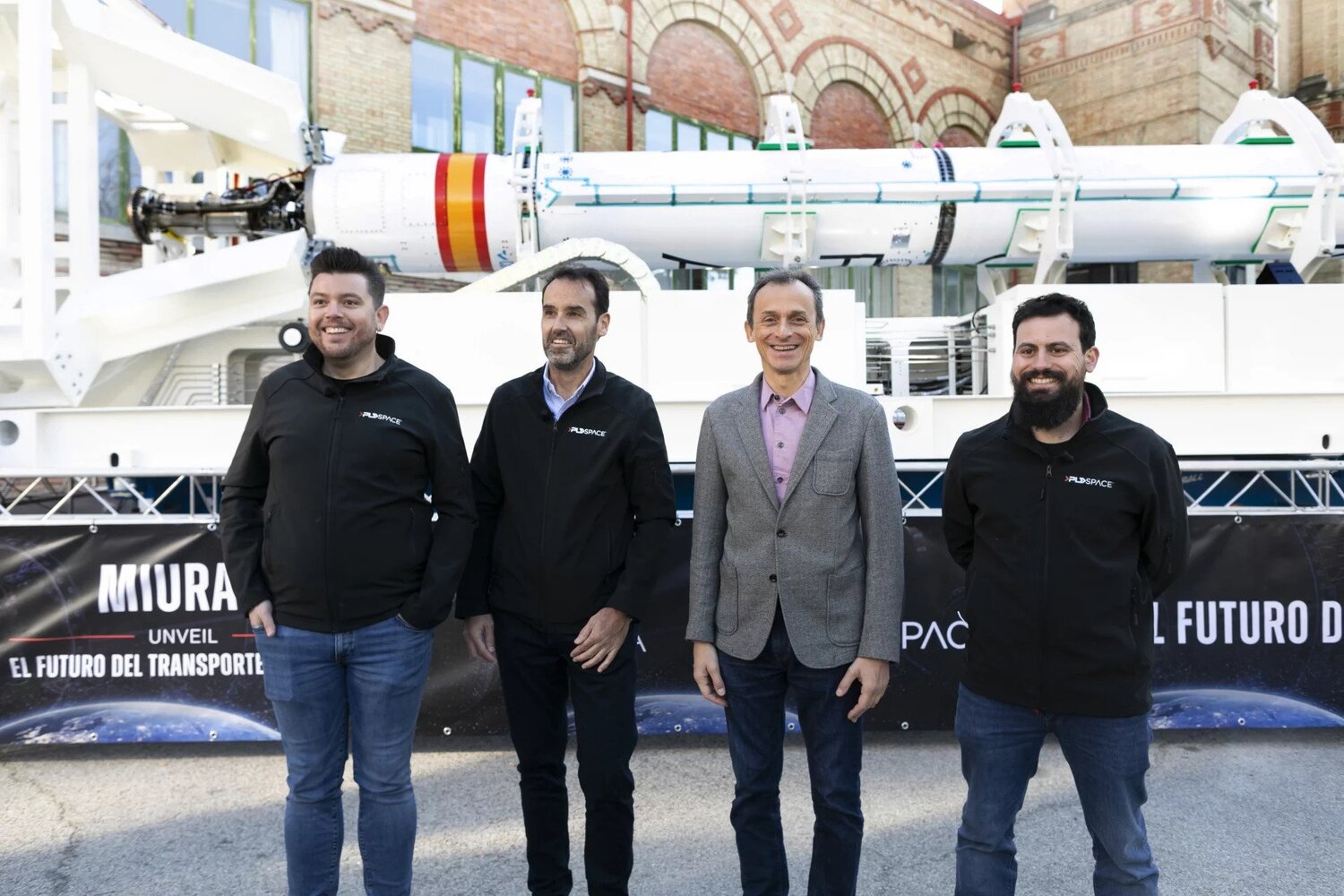 PLD Space, the Spanish company that leads the business of space launches for small satellites in Europe, has just closed a new milestone with the official presentation in Madrid of its MIURA 1 rocket , which is exhibited for the first time fully assembled at the National Museum of the Natural Sciences of the capital. This suborbital vehicle is also the culmination of the dream started 10 years ago by two young people passionate about space, Raúl Torres and Raúl Verdú, project leaders and co-founders of this company that is making history inside and outside our borders in the space industry, considered by Morgan Stanley as the next trillion dollar industry.

Since its inception, the objective of PLD Space has been to become a reference player in the space sector, through its reusable rockets for the dedicated launch of small satellites. A vision that he has maintained in the different stages of the project and that is being fulfilled in its different milestones, as Raúl Torres, CEO and co-founder, explained today to numerous authorities, during the official inauguration of MIURA 1: “We have always been clear that we wanted to take advantage of the business opportunity in the space sector and contribute to democratize it, making room for new players in this increasingly thriving industry, which will play a key role in the coming years ”. “It has not been an easy path, but the achievements are heroic on a technological, human and financial level,” he added.”Until now, Spain was only capable of manufacturing ships and aircraft parts, now we are capable of manufacturing space rockets . ”

Raúl Verdú, COO and co-founder of PLD Space, highlighted the support shown by numerous investors in institutions, public and private, who have joined forces to make a space project made in Spain a reality . “The support of institutions such as CDTI, ENISA or the IVF, which have been co-financing the developments of the last 10 years with our private investors, has been key. We are proud to have financed the first private space race program in our country ”, he highlighted.

For his part, Ezequiel Sánchez, executive president of PLD Space, highlighted the ” strategic relevance for Spain to become the fourteenth country with access to space , since this select group of nations will play a crucial geostrategic role for Europe.” It has also had an impact on the effect it has on Spain from an industrial perspective, because “our business model integrated throughout the value chain will allow us to have a crucial autonomy to address the future of science and national industry”. “This without a team of passionate people would not have been possible,” he stressed.

Numerous personalities attended the launch of the MIURA 1 space rocket, such as the director of INTA, José María Salom Piqueres; the head of the R&D Planning Area of ​​the General Subdirectorate for Planning, Technology and Innovation on behalf of the Ministry of Defense, José Ramón Sala Trigueros; or the head of the Office for the Coordination of Strategic Initiatives associated with CDTI’s European Funds, Jorge López.

The company’s growth forecasts are exponential, as highlighted by Ezequiel Sánchez, executive president of PLD Space. “We hope to incorporate more than a hundred professionals during the next year , which means more than doubling the current team. We will continue to need a lot of talent to continue advancing in the successive phases of the project ”.

Along the same lines, the CEO of the company, Raúl Torres, wanted to highlight another facet of the short-term growth of the PLD Space team, where both engineers and other technical profiles and those from Professional Training have a key role: “We need many engineers, but also people with vocational training specializations. The role of the latter is very important in sections such as mechanization and electronics, and up to 40% of our workforce is made up of this type of professionals “, he highlighted

The company from Elche has already achieved more than 36 million euros of mainly private investment to make what is considered the most promising project of the European space race a reality. An initiative to which the interest of different private funds has been added and to which the support of European institutions such as the European Space Agency or the European Commission has also been added.

Specifically, in the case of the MIURA 1 recoverable suborbital rocket, which is being exhibited during these days in Madrid, it will return to the PLD Space base at Teruel Airport to carry out combined qualification tests, with the aim of subsequently moving to the company’s technical installation in Huelva. Once there, it will validate the ground infrastructure with the National Institute of Aerospace Technology (INTA), ahead of its launch in the second half of 2022 , in which it will be the first launch mission of a European rocket in history, designed to reach a maximum altitude of 150 kilometers and with the capacity to carry a payload of up to 100 kg.

At the same time, PLD Space is also working on its first MIURA 5 recoverable orbital rocket , which it expects to have ready to carry out the first mission in 2024 , and which will mark the start of commercial launches of the firm’s satellites.

“The benefits will be multiple, since it will allow us to provide service to any company or institution that wants to put its small satellites into orbit, in a more viable and secure way, with a more contained budget,” concludes Verdú.