The following article is by Fabrizio Boer (Launcher & Spacecraft Engineering, Space Systems Design and Technology Expert in Space Industry, Space Architect) and is published with his permission.
https://www.linkedin.com/in/fabrizio-boer-00a30017/

The Lunar Base Launcher or LBL designed by the UK Startup SHIPINSPACE is able to send over 47 Tons of cargo to the Moon surface without needing refueling or a Lunar Gateway.

This capacity is achieved by using a new Launcher architecture based on the use of 10 boosters radially attached to the Fairing and an 11th booster in the center bottom. The 11 boosters permit to get 3 stages (8+2+1) of the Launcher and achieve LEO orbit. 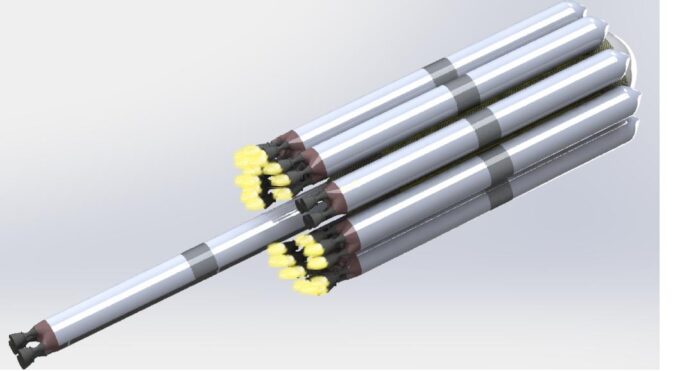 From LEO to the Moon surface the mission is accomplished by the 4th stage internal the Fairing which brings the cargo payload to the Moon.

From LEO to the Moon in one shot

The 4th stage of the LBL is made up of 2 main Units, the power stage with tanks, engine and landing pivotal frame, and the cargo payload Unit. Different cargo payload Units can be attached to one another through the use of a specific docking system that permits an easy centering and clamping, and be released to permit a fast disassembly. 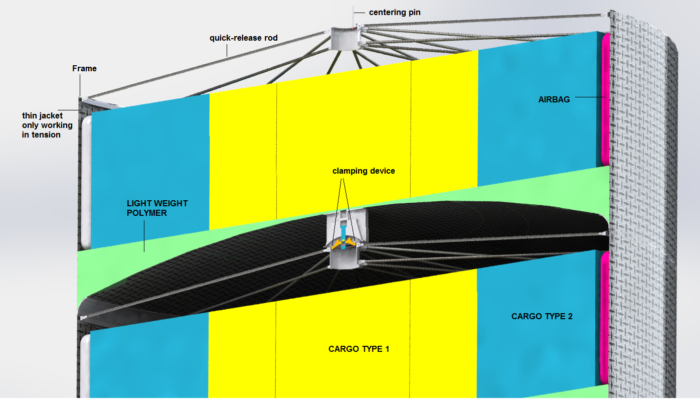 The advantages of this configuration are multiple: