The Space Catcher in the Rye – Chiara Chiesa

“Are you a coder? An artist? A crazy scientist? Space Apps is for you! Join us in Vicenza! Space Apps Challenge is an event brought to you by NASA ”.

I couldn’t believe my eyes.  I thought that I had read it wrong. But there it was, a NASA competition open to everyone, not only engineers, and space data was involved! I was unsure until I saw the kick off video. The words of Timothy Tawney – NASA’s Europe representative – awoke something deep inside of me. I could do it. I could give my contribution for the benefit of all, and learn how to use space data.

So I decided to participate. The next day an American friend introduced me to Federico Cremonini, who was (and still is, despite his young age) leading the most important hemp culture in Lombardy. I told him about my excitement for the challenge, and there we were at the competition with a friend of his, another young, smart guy, fresh from Bocconi University – Stefano Chen Sipeng. We teamed with some bright US students and delivered our project: the introduction of hemp as a sustainable culture for Sub-Saharan Africa to end famine and poverty.

On the way back home I decided I would bring the Space Apps Challenge to my hometown of Brescia, at all costs. I was going through a difficult period in my life, feeling that I needed something strong to make a change. This opportunity stood right in front of me, and with a tsunami of excitement, I could see that if life up to that moment hadn’t given me the right chance, this time I would make it. I would give my young citizens the opportunity that I was not given at their age. I am part of that lost generation – having been born in the late seventies, when our time came to enter the job market,  the crisis hit so bad that most of my peers fled abroad. The ones that stayed, few exceptions apart, could barely afford a living with precarious jobs.

I thought that maybe I could do something. Maybe, letting my young citizens see what space data can do for our daily life, and all the opportunities the new space economy could bring. It could change their lives!

So I started organizing the hackathon. I encountered many difficulties. At the beginning everyone was excited by the name NASA, but yet they could not understand the value of the challenge. Some enlightened people – the Vice Chief of our town Laura Castelletti, the head of the City Council Roberto Cammarata, and two city councillors – embraced my project from the beginning.  But it was clear that I was missing something as I could not convince any sponsor to come on board.

What I was missing was a team.  So I put my networking skills into play and contacted an acquaintance I had met three years earlier – a smart and open person with a connection to science.  Andrea Giannattasio agreed to help me organize the challenge. We managed to find a few small sponsors, among them a very clever man in transportation who really believed that technology can change our children’s lives.

In spite of so many doors closed in our faces (including the venue being denied to us two weeks ahead of the challenge, but in three hours and with the encouragement of Matt Scott not to give up, I found one way better with the City Councillors! ), and with little money, relying on the help of our friends Beatrice Menozzi and Francesca Serana, and people we literally met on the street (Paolo Bellagente, now the strategic partner of all my crazy ideas) while we were giving brochures to students, and by receiving help and support from my family and all the international organizers: Matt Scott, Martha Chell etc, we did it!

We only had ten participants, but we had so many generous guests: Antonio Fiorentino, a cyber security expert; Antonio Fowl Stark, a UN, SGAC and SW member from South Korea; Elena Toson and Salvatore Petrone, aerospace engineers; Emmanuele Macaluso, science communicator; Paolo Bellagente, IoT researcher; and so many others. All of these people were there to mentor those passionate and committed participants, and it was a huge success. As a prize for the two winning team i gave them an Italian flag and a book signed by Samantha Cristoforetti (Italian ESA astronaut). She did not know that her signature could have been such a prize, and Mr Tawney sent us a wonderful video of encouragement for our challenge!

And next month, October 2019, we will hold our second edition of the NASA Space Apps Challenge in Brescia. Our team has grown, and the IEEE student branch in Brescia, with Paolo Bellagente, are helping us too.  We have 30 participants, four of them from last year, and some sponsors!

Since my very first hackathon in Vicenza, my life has completely changed. Thanks to the hackathon and all the inspiration that came from it, (and a lot of passion and hard work) I am now into public relations for the aerospace sector helping start-ups to boost their network, a graphene start-up sales advisor, and with Andrea I founded a not for profit association for space tech transfer dissemination linked to SDG called INTERSTELLARS. I am also working on a project to open a space tech transfer incubator with Paolo.

I am living the American dream, the dream of every Hollywood movie, where if you work hard (with a team) and believe in your vision, you get rewarded and change the world around you. I do not know what the future will hold, but of one thing I’m sure – I want to be a (space) catcher in the rye. For the benefit of all. 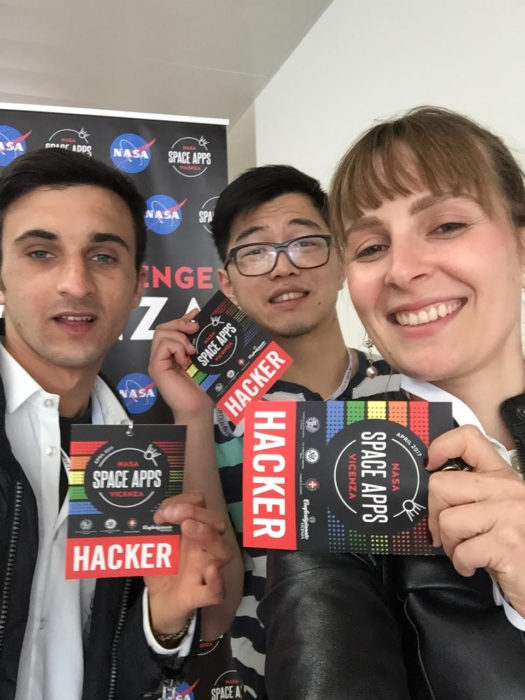 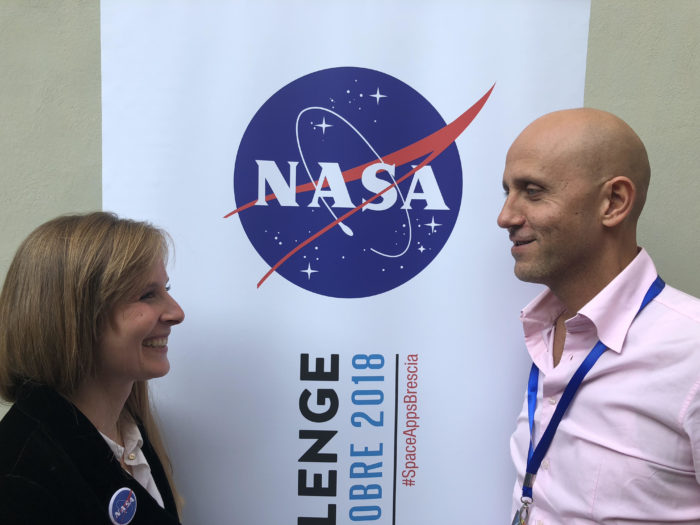 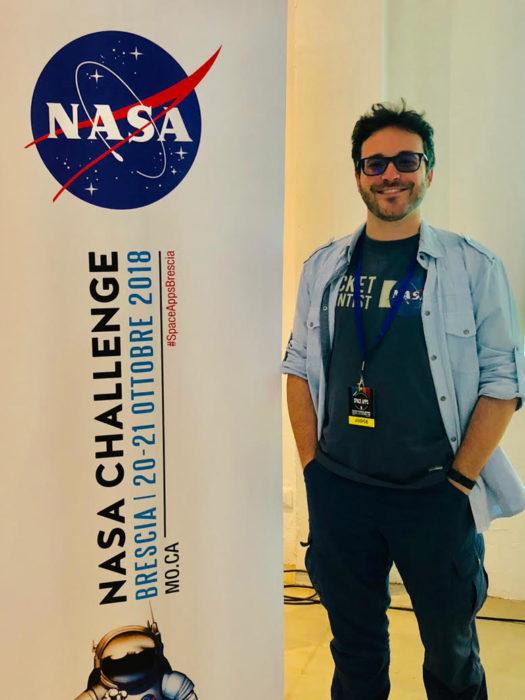 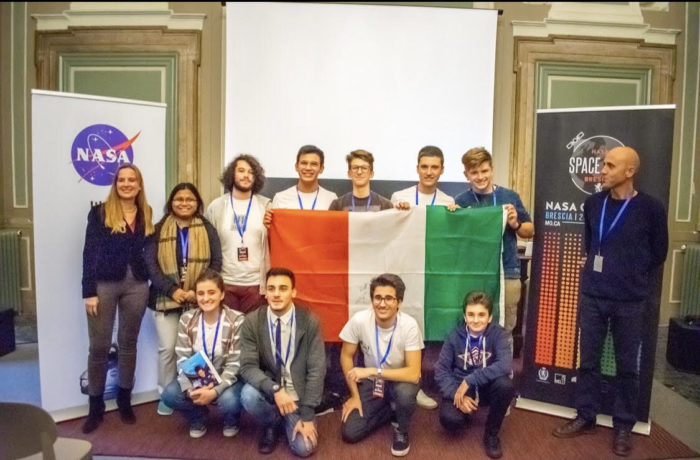